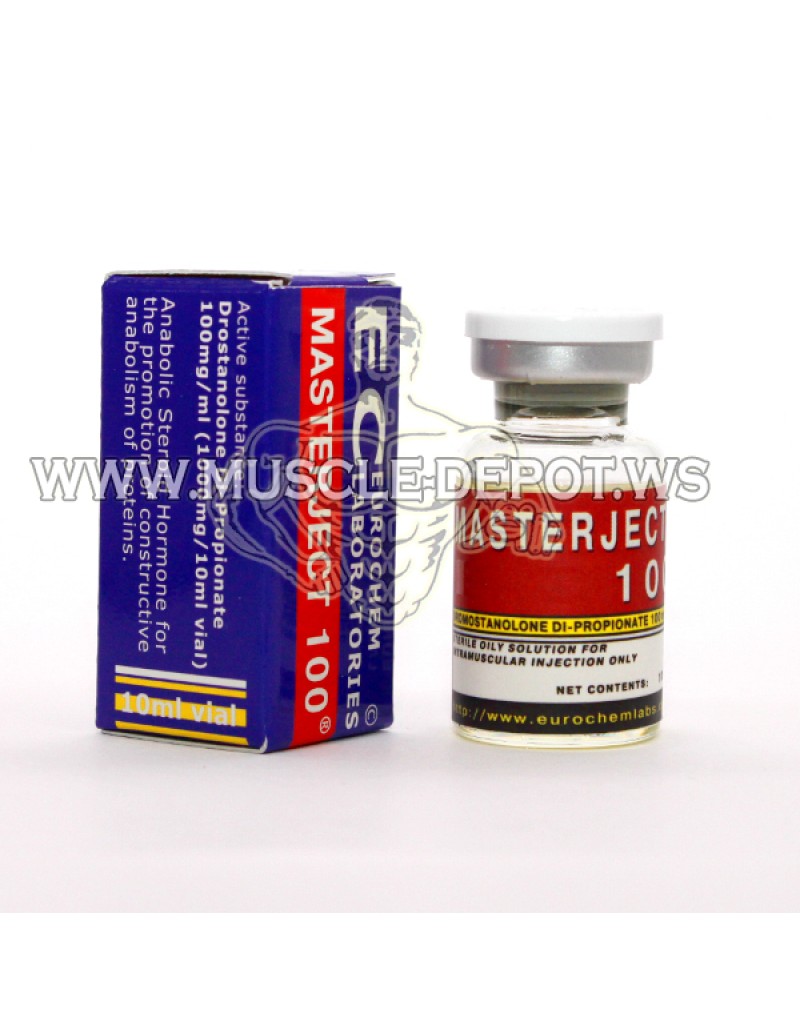 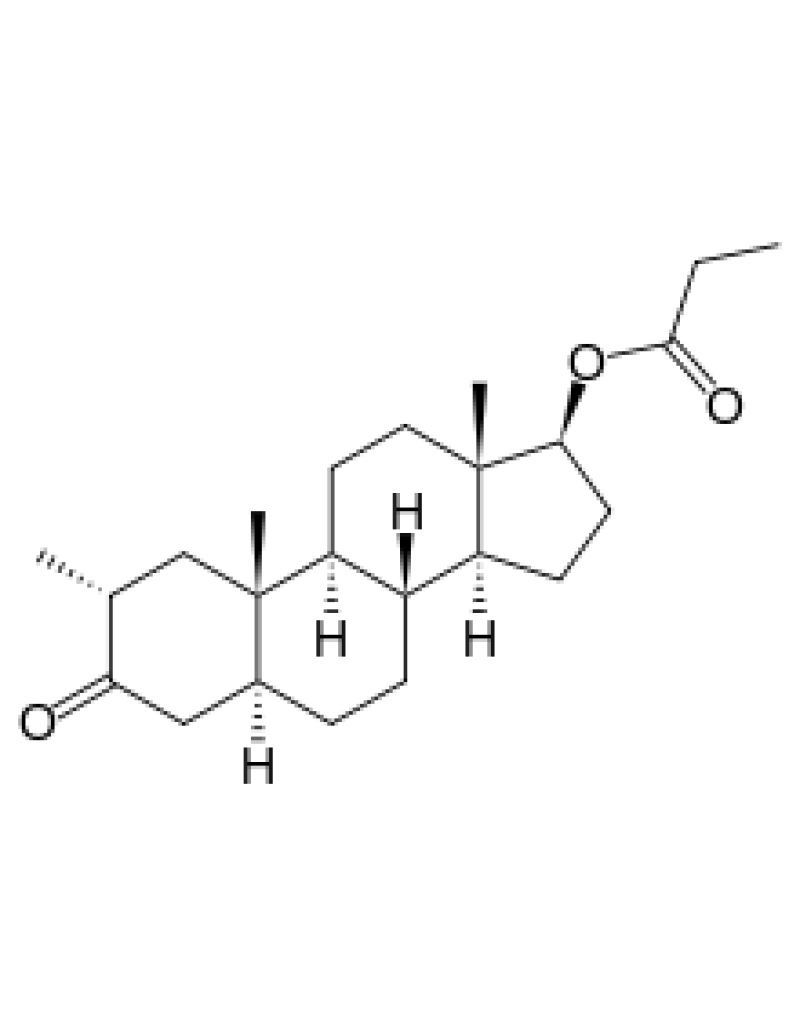 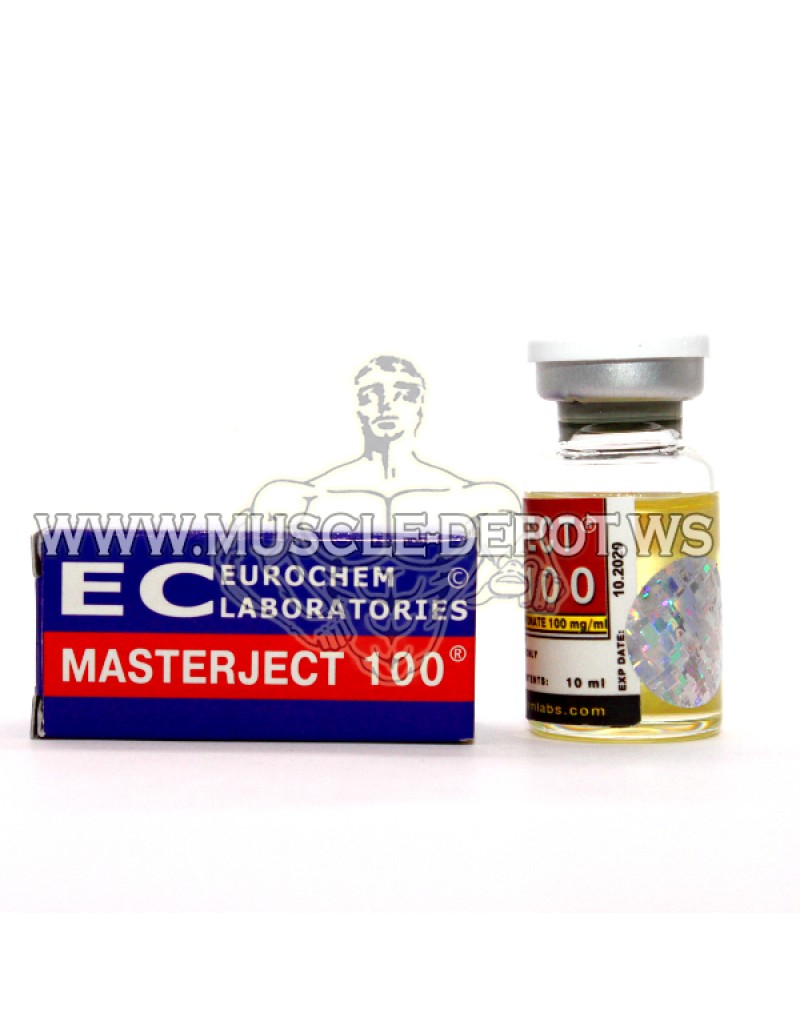 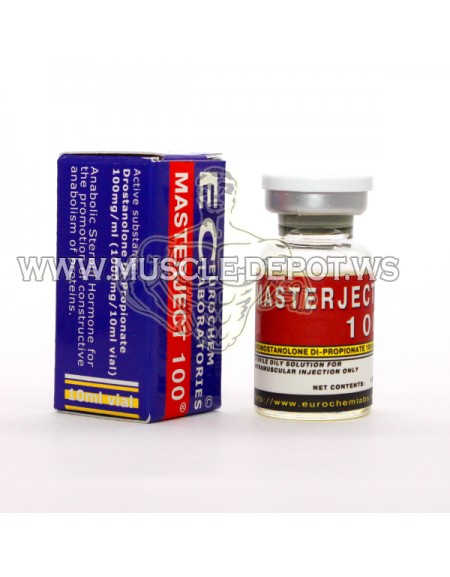 Masteron is very useful drug for competing bodybuilders, especially during preparation for a contest. Masteron drastically improves muscle hardness and sharpness, however, there is one hint - in order to get perfect outlook body fat should be already at low level when usage starts; that's why athletes use this product mostly at the last four weeks of preparation stack to get the peak form and look ripped and lean.

Also, Masteron is used during mass-gaining stacks by athletes who want to avoid water retention or have problems with high estrogen levels. However, these are not classic bulking stacks when you get enormous volume of muscles along with water, this is rather moderate but quality gains.

This anabolic steroid (drostanolone) comes as propionate and enanthate esters, propionate ester (mastabol, masteron) is the most commonly used one. Masteron has high androgenic activity and only moderate anabolic effect. Masteron does not aromatize in the body (i.e. it is not converted into estrogen) thus athlete can increase its androgen level without increasing estrogen level. Drostanolone is similar in action to DHT (dihydrotestosterone - proviron), as it is derivative of DHT with chemical formula 2-alpha-methyl-dihydro-testosterone propionate. Just like DHT (proviron), Drostanolone has strong, anti-estrogenic characteristics.

In medicine, Masteron was used as a cure for breast cancer in women, but due to high probability of virilization is now little used. The drug is hardly available on the black market. Drostanolone usually comes in 50 and 100 mg / ml dosages, for instance rested in piece British Dragon (Thailand) used to produce it in 10 ml vials 50 mg/ml.

Drostanolone propionate is widely used by athletes in bodybuilding to maintain muscle mass and strength during a "drying" cycle. Drostanolone is also often used by runners and athletes like fighters or powerlifters who want to remain in the same weight category but increase strength and power at the same time.

Masteron is popular in bodybuilding because it does not cause water retention and has a mild diuretic effect, which helps to improve muscle definition and relief. Once again, Drostanolone may be of special interest to the athletes who wish to increase muscle hardness and density especially in pre-competition stacks. Drostanolone can make the most impressive definition thanks to fat burning effect of the drug. Practice shows that Masteron can reduce body fat by 5-7%.

Masteron is able to increase strength and power, while maintaining existing body mass and decrease fat component. This makes it very attractive in powerlifting. The drug can be used along with a diet to lose weight while maintaining muscle mass and suppressing catabolism (destruction of muscle cells).

In simple words - Mastabol is a steroid to build quality mass.

Dosage and usage of Masteron

Optimal effect is achieved by using 400-500 mg per week (or at least 100 mg EOD). Increasing dosage above 500 mg / week does not lead to significant improvement in results and is not advisable.

Due to the high affinity to the androgen receptor and its highly androgenic properties, it is recommended to combine Drostanolone with the steroids such as Winstrol (stanozolol) or Anavar (oxandrolone). Winstrol interacts with the androgen receptor at much lesser degree and also decreases globulin level, which has positive effect on free sex hormone level in the blood. So, this combination will have a pronounced synergistic effect during the "drying" cycle.

For mass-gaining cycle it is recommended to combine Masteron and testosterone propionate, but in this case endogenous testosterone production is seriously suppressed. Therefore, it is necessary to use HCG (Pregnyl, human chorionic gonadotropin) during the long cycles. Also, Masteron is well combined with Parabolan, Trenbolone or Boldenone.

When stacking with Primobolan, test propionate or Winstrol, one should not expect huge strength and weight gains, however, this will be high-quality and long-lasting results.

In general, short propionate molecule leads to quick destruction of metabolites in the body and thus negative urine tests. For instance, testosterone propionate has much lesser detection time comparing to enanthate.

In the past this drug was not being caught in doping control indeed, but in early 90s situation changed along with improvement of doping control procedures. Most athletes agree that if you stop taking Mastabol 2-4 weeks before the competition - you can easily pass doping test, but keep in mind that injectable esters behave differently in different people depending on their metabolism. For some of them two weeks is just enough, for others this period should be extended up to four weeks.

Some sources prolong detection period up to 3 months, but on our opinion this is too much. Maybe 3 months is a proper time for Drostanolone enanthate, which is quite rare product.

Side effects and PCT (Post Cycle Therapy) with Masteron

Masteron has a low anabolic index that's why it's a good fat-burner. At the same time it increases the risk of androgenic side effects: aggression, acne, baldness, prostatic hypertrophy and virilization in women.

Fortunately, in most cases, male athletes do not use masteron in too high dosages and for more than 4 weeks, therefore, problems mentioned above are unlikely to occur. It's more risky for females, however.

Once in the past, Eastern Germany female swimming team received almost all gold medals on Olympic Games. During the interview, a reporter asked why all female athletes have such a low voice? One of the girls replied that they are here to swim, not sing. Later it has been proven that these athletes have used a derivative of dihydrotestosterone, and obviously it was Masteron.

Masteron does not cause side effects such as water or salt retention, increasing of the blood pressure and has a low toxicity to the liver.

Some professional female bodybuilders use it before competition. However, this put them in almost immense risk of virilizatation effects. Dosage is 50 mg EOD.